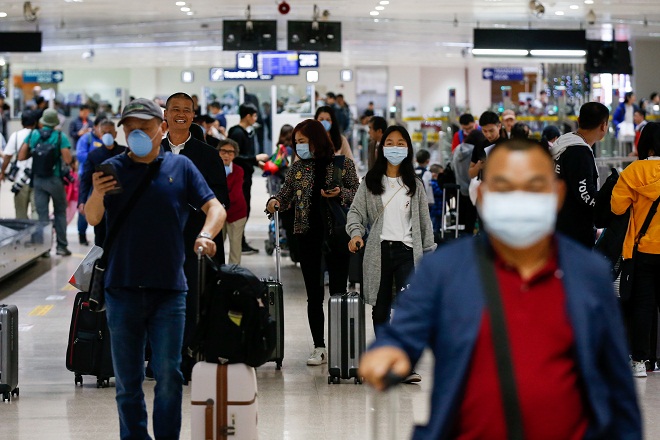 Philippines extends travel ban vs over 30 countries with new COVID-19 strain until Jan. 31

The Philippine government has extended the travel restrictions against foreigners coming from over 30 countries, including Japan, until the end of this month, Malacanang said on Friday.

In a statement, Presidential Spokesperson Harry Roque said the Inter-Agency Task Force for the Management of Emerging Infectious Diseases approved the recommendation of the Department of Health and the Department of Foreign Affairs to extend the travel ban until Jan. 31, 2021 following confirmed cases of new variants of coronavirus disease in those places.

The United Arab Emirates where the first confirmed case of new strain of COVID-19 in the Philippines had travel history was not included yet in the travel ban.

"The President will be the one to declare that, if ever. List is for extension of restrictions and not for new," Roque said.

With the extension of the travel restrictions, Roque said the IATF directed the Department of Transportation to strictly implement issuances against airlines that allow the boarding of passengers who are prohibited from entering the Philippines, pursuant to the travel restrictions imposed by the Office of the President and the IATF.

"The IATF, in coordination with other agencies, may issue implementing guidelines on the exemptions to these entry restrictions," Roque said.

Earlier, some Philippine-based foreign businessmen, such as Japanese, who spent the holiday vacation abroad, have been urging the government that they be allowed entry in the country.

All identified close contacts are required to undergo a strict facility-based 14-day quarantine while remaining contacts from the flight manifest shall be advised of the appropriate quarantine protocols, he said.

The Department of the Interior and Local Government was ordered to issue advisories to local government units to prepare and strengthen the maintenance of their quarantine facilities.

The department was also tasked to ensure the proper enforcement of the StaySafe.ph system use by LGUs for ease of contact tracing.

Roque said those who are found to be positive, apart from the prescribed testing and quarantine protocols, shall undergo whole genome sequencing to be conducted by the DOH, University of the Philippines Philippine Genome Center, and the UP National Institutes of Health.

"Related to this, the Overseas Workers Welfare Administration (OWWA) and the DOTr One-Stop Shop shall ensure that appropriate protocols are implemented for all those found to be positive of the new COVID-19 variants," he said.

Roque said the IATF also approved the continuation of weekly genomic biosurveillance activities of the DOH, UP-PGC, UP-NIH among incoming passengers and local cases, prioritizing hospitalized patients, re-infected patients, and those in clusters.

The task force also directed the convening of a small working group to be led by the DOH as soon as possible to resolve issues on funding, availability and use of quarantine facilities, and eventual handling over LGUs of arriving overseas Filipinos. Celerina Monte/DMS