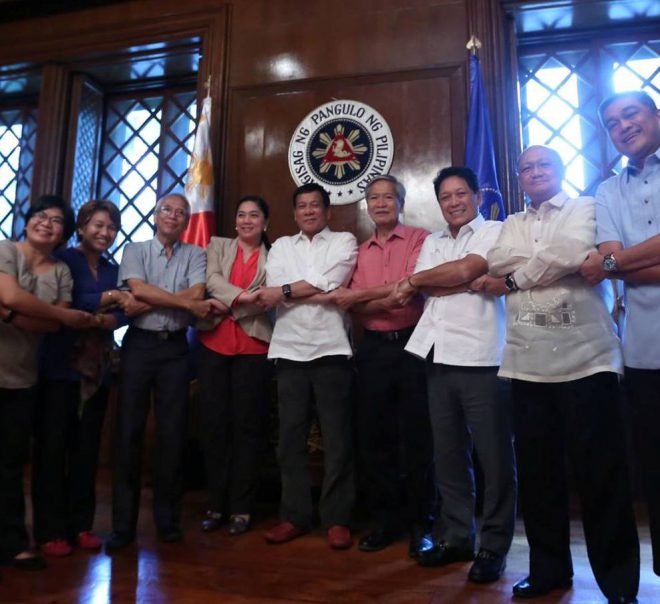 Philippines preparing for fifth round of talks with Reds despite attacks

Despite reports of attacks by members of the New People's Army, the Philippine government is preparing for the fifth round of peace talks later this month in The Netherlands, an official said on Wednesday. In a statement, Presidential Adviser on the Peace Process Jesus Dureza said Labor Secretary Silvestre Bello III, government panel chair, and his panel members are preparing for the talks on May 27 to June 1 in the Netherlands. "The working committees of both sides have been meeting continuously in the country for the purpose," Dureza said, adding the government would not be deterred in the peace process. But Dureza admitted the government was "dismayed" that even if peace negotiations with the Communist Party of the Philippines-NPA-National Democratic Front were making substantial progress, their forces still continue to wage attacks that victimize civilians and inflict damage on the civilian sector. NPA members recently attacked a police station in Quirino province, killing a police officer. They also stormed several facilities of a company in Davao City last Saturday. "Although a bilateral ceasefire is not yet in place, the public’s common reaction to these incidents questions the sincerity of those whom we talk and deal with across the table. The public also questions their capacity to manage and control their forces on the ground. There are even calls now to stop the talks altogether and pursue an all-out military offensive against their armed groups," Dureza said. "No doubt," he said as he pointed out government security forces, such as military and the police, with the support of the civilian communities, could deal with the rebels. Dureza said his office is tasked to seek a peaceful and principled settlement with more vigor. "Our expectation is that our unrelenting efforts in addressing the issues, bridging the ideological divide and finding a common ground may eventually pay off and bring about just, sustainable and enduring peace in the land. No doubt, the task is not easy, taking every necessary step, but we will continue. We will not yield in our resolve. We will not be deterred," he said. "President (Rodrigo) Duterte’s aspiration is to end this tragedy of Filipinos fighting Filipinos. While he boldly deals with those who bring harm to the people, his dream is to bring peace through a just and principled settlement with all rebel groups in the land. Let us all close ranks and stay the course with him," Dureza stressed. (Celerina Monte/DMS)