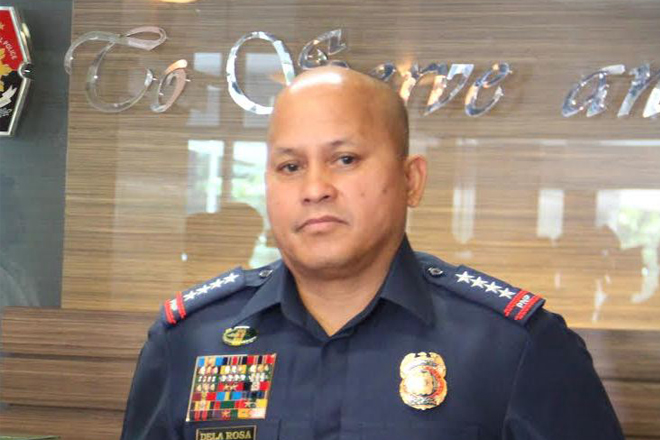 The Philippine National Police (PNP) imposed a temporary ban on permits to carry firearms outside residences in Manila during the Feast of the Black Nazarene as a Cabinet member warned of possible retaliation from militants after the leader of a local terrorist group was killed. PNP Director General Ronald de la Rosa said “I declare gun ban in the area of Manila during the celebration of the feast of the Black Nazarene, so we can be assure, and I hope everyone would cooperate.” He said only police and military personnel in proper uniform can carry their firearms in Manila from 8am of January 8, 2017 until 8am of Jan. 10, 2017. “We expect the police to conduct checkpoints, so if you were caught with firearms that is your responsibility,” he added. Interior and Local Government Secretary Ismael Sueno said in a press briefing in Malacanang Mohammad Jaafar Maguid, alias Tokboy, suspected leader of Ansar Al-Khilafah Philippines, was killed in a police operation in a resort in Sarangani province. Three cohorts were also arrested during the operation. "Khilafa is somehow rumored to be connected with the ISIS group. So they might retaliate, their retaliation is our problem. That's why you have to double, triple (the) preparations," he said. He admitted that there is a "general threat" during the Feast of Black Nazarene in Quiapo, Manila on Monday. Sueno said threats could come from the terrorist Maute Group and the Abu Sayyaf. Presidential Spokesperson Ernesto Abella assured that the government agencies will be working together to secure the celebration. Dela Rosa said as of Thursday the PNP has not monitored any terrorist threat against the Black Nazarene feast. He added police will adjust security preparations for possible retaliatory attacks that may be conducted by the followers of Mohammad Jaafar Sabiwang Maguid alyas Tokboy Magid, the leader of Ansar Khilafa Philippines that was killed by the police. “With or without the threat, we have to make sure that the celebration of the Black Nazarene will be targeted,” he said. “ I gave instruction to our NCRPO (National Capitol Region Police Office) to augment maximum augmentation to the City of Manila, to Manila Police District so that we will be sure,” he added. Dela Rosa also asked the public especially the devotees of the Black Nazarene not to fear with the possible terrorist attack. “Don’t be afraid of terrorists. Let’s continue with the celebration. We are doing this every year,” he said. Robina Asido, Celerina Monte/DMS