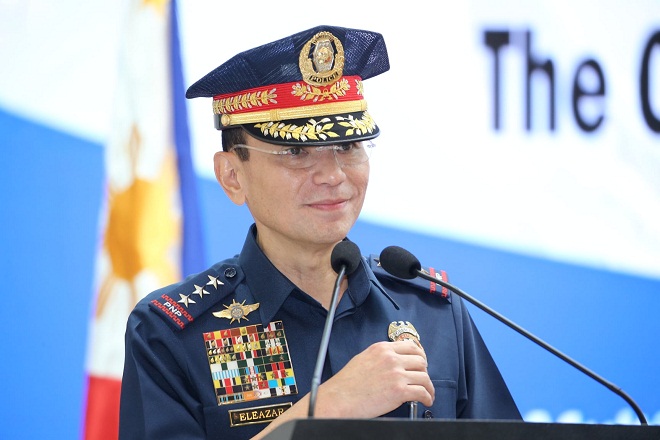 PNP to probe cop who cursed, threatened to harm people in Quiapo

The Philippine National Police (PNP) on Thursday said they will investigate the police officer who allegedly threatened to hurt residents in a control point in Quiapo.

In an interview with reporters in Cavite, PNP Deputy Chief for Operations Police Lieutenant General Guillermo Eleazar said they will not tolerate any abuses  by cops.

“We will investigate it… the PNP leadership does not tolerate abuses being committed by our police or government officials at this time that we need to help each other and sacrifice,” Eleazar said.

In a video circulating on social media, a police officer manning a checkpoint was seen shouting and cursing at residents who are showing their quarantine passes to allow them to go out of the area.

The cop also threatened to shoot those who will be outside within the allowed time for residents to go out of their homes.

Eleazar said it is wrong for the cop to say that residents who will not follow orders will be shot.

He added the PNP chief, Police General Archie Francisco Gamboa, gave a directive to disseminate quarantine guidelines down to the lowest unit .

“That is why at all levels of the command we have supervision… we also appeal to our local government units to follow the guidelines set by the national government,” he said. Ella Dionisio/DMS