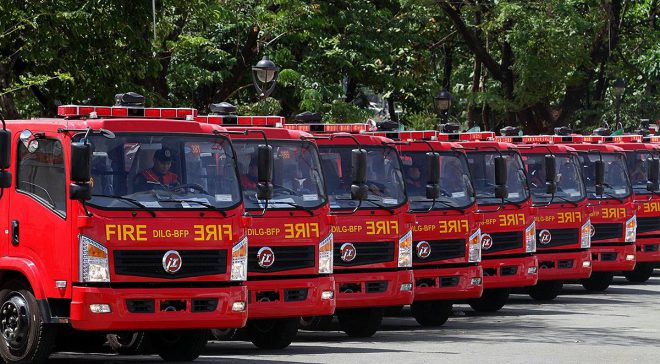 Palace confirms DILG to proceed with buying firetrucks, which caused dismissal of Sueno

Malacanang confirmed on Thursday that the contract with Austria on the purchase of Rosenbauer firetrucks would continue. "The Department of Interior and Local Government firetruck deal will proceed," said Presidential Spokesperson Ernesto Abella in a statement. It could be recalled that President Rodrigo Duterte fired Ismael Sueno during a Cabinet meeting early this month over the continuance of the firetruck deal, which was approved during the previous administration. Sueno had decided to continue with the contract despite a pending case before the Supreme Court. The dismissed DILG chief reasoned out that he could not prevent the purchase of the firetrucks because it was a perfected contract entered into by the previous administration. He had said while there is a pending petition preventing the enforcement of the contract before the Supreme Court, there was no temporary restraining order, any injunctive relief or even a status quo ante order issued by the court suspending or holding the same in abeyance. Abella said the DILG would proceed with the acquisition of the firetrucks because "it is a perfected contract and there is no temporary restraining order (TRO) that prevents its implementation." (Celerina Monte/DMS)