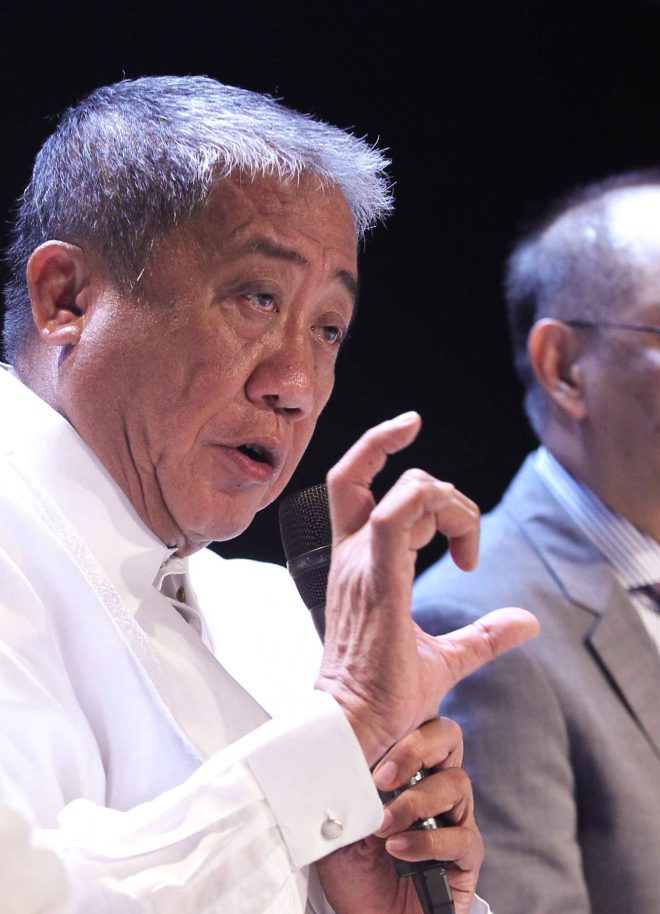 The Philippine government hopes to sign an agreement with Japan for construction of a subway in Metro Manila during the visit of Japanese Prime Minister Shinzo Abe in November, an official said on Tuesday. In a forum where major infrastructure projects of the administration was formally launched in Pasay City, Transportation Secretary Arthur Tugade said the Mega Manila Subway Project is one of the “ambitious” projects of the Duterte administration. "This is the first subway project in the Philippines and it will be using the Japanese tunneling expertise," he said. The subway project, estimated to cost P227 billion, will be funded through official development assistance from Japan and the General Appropriations Act. "Our target signing for this contract is November. Hopefully that agreement will be signed between Prime Minister Abe and President (Rodrigo) Duterte (in) November this year," Tugade said. Abe is expected to attend the ASEAN Summit and Related Summits in November in Clark, Pampanga. Tugade said the government has to fast-track the feasibility study, detailed engineering design and financial package for the project in time for Abe's trip. "It is also important that it is signed this year so we can start the soonest possible time and finish it within the term of the President," Tugade told reporters in an interview. He allayed concerns the construction of the subway, which will be built between Trinoma in Quezon City and Food Terminal, Inc. in Taguig City, could result to more traffic. Tugade said when he, along with other Cabinet officials, went to Japan, "I saw with my own eyes that if you do construction underground, there is not much trouble above ground. That is what is called the tunneling system." "I saw that its effects are minimal and minimum. Because I will not readily agree and you are right that if it becomes traffic, I will be criticized for years. But as I told you, give us your trust and prayers because the project is too ambitious," Tugade said. He said the government was still finalizing the alignments of the subway, which "will go through the airport." Once constructed, the travel time from Quezon City to Taguig City would just be 31 minutes. The expected ridership of the subway is 350,000 daily. "It is targeted that this project will be started in the fourth quarter of 2020. That is what the project proponent says. I am trying to push them to start it at 2019. Completed date will be the second quarter of 2024," Tugade said. Socioeconomic Planning Secretary Ernesto Pernia earlier said funding for the subway would be part of the one trillion yen  Abe promised to extend to the Philippines in the next five years. Celerina Monte/DMS