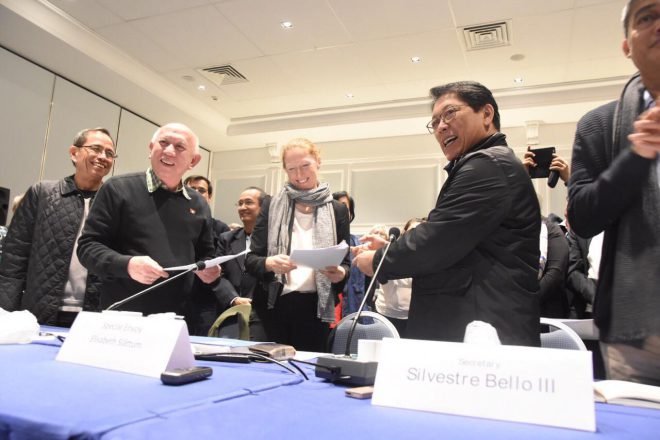 The Philippine government and the National Democratic Front are set to resume early April the fourth round of peace talks after being stalled for about two months, the Norwegian government said on Tuesday. In a statement, Norway, the third party facilitator, said peace panel members of both sides will meet in the town of Noordwijk in the Netherlands on April 2 to 6. The coming talks will focus on issues such as social and economic reforms and a bilateral ceasefire. "Despite the challenges along the way, the parties continue to show their commitment to peace," said Norwegian Ambassador to the Philippines Erik Forner. He vowed that Norway will continue to assist the parties in the peace process. Norway's special envoy to the peace process Elisabeth Slattum will chair the talks. President Rodrigo Duterte recently set conditions for the peace process to push through, including the signing of a bilateral truce and the release of captive government troopers by the New People's Army. (Celerina Monte/DMS)