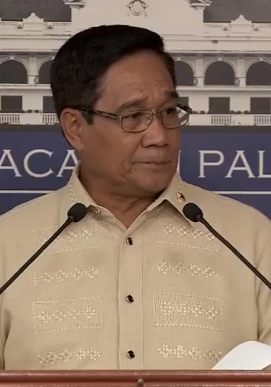 The Philippines and China need to forge a treaty before joint military drills could take place, the government's top security official said on Thursday. In a press briefing in Malacanang, National Security Adviser Hermogenes Esperon Jr. said the government is looking at possible requirements on how to operationalize the pronouncement of President Rodrigo Duterte regarding his openness for the country to hold joint exercises with China, particularly in southern Philippines where piracy has been rampant. "In joint exercises, you must have a joint --- you must have a visiting forces agreement and probably, a treaty, a treaty if there need be and other requirements like delineation of exercise areas," he said. He said the Sulu Sea where the president wants to hold the joint exercises with China is part of the internal waters of the Philippines. "But we will, together with the Department of National Defense and other agencies in the security cluster, we will study that. Because if that is the desire of the President, then we will do it," Esperon said. He said the Sulu Sea is where kidnappings take place and it is where the suspected members of Islamic State pass through. "If we have military presence there, it would be better," Esperon said. Esperon said during the May 8 Cabinet meeting, clarification could be made regarding the joint exercises. (Celerina Monte/DMS)