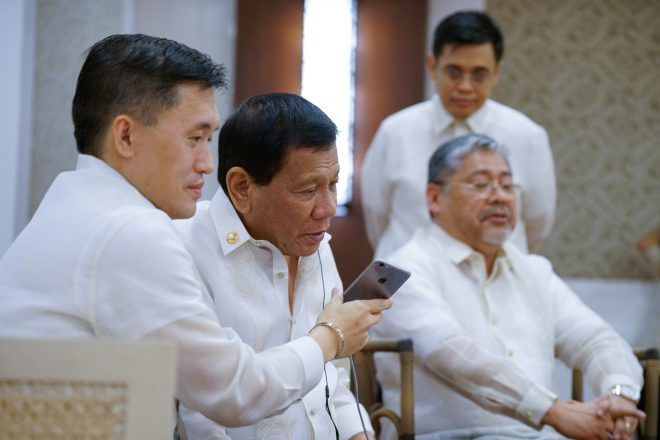 Trump tells Duterte of his visit to Philippines in November

United States President Donald Trump has confirmed to President Rodrigo Duterte of his visit to the Philippines in November, Malacanang said on Sunday. Presidential Spokesperson Ernesto Abella said Trump relayed  this to Duterte during their phone conversation Saturday night. "President Trump likewise mentioned that he looks forward to his visit to the Philippines in November for the East Asia Summit (EAS)," Abella said in a statement. Trump called up Duterte as the latter hosted the 30th Association of Southeast Asian Nations Summit. "The ambit of the conversation between the two leaders includes the expression of commitment of U.S. President Trump to the PH-US alliance and his interest in developing a warm, working relationship with President Duterte," Abella added. This was the second time that the two leaders had a phone conversation since Trump was elected to office in November last year. During their first phone conversation last year, it was Duterte who called up Trump to congratulate the latter of his election. (Celerina Monte/DMS)