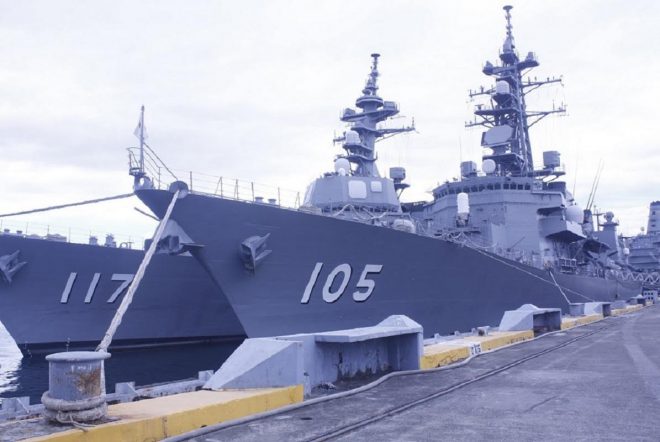 “The JMSDF Escort Division Four will be staying in the country to replenish supplies, conduct maintenance work and crew rest prior going back to Japan from conducting Counter Piracy Operations at the Gulf of Aden,” he said.

“Further, JMSDF Commander Escort Division Four is expected to render a courtesy call to the Commander Naval Education Training and Command,” he added.

Lincuna said visiting Navy vessels will hold a Passing Exercise with the Philippine Navy off the waters of Corregidor Island on Jan. 6 before leaving Subic Bay.

“The visit is expected to enhance the already strong relationship between the PN and JMSDF,” he said.

“Moreover, the visit will provide the PN officers and enlisted personnel a chance to interact with the Japanese counterparts to promote camaraderie and naval diplomacy,” he added. Robina Asido/DMS