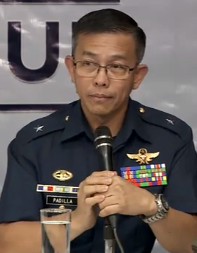 The suspected extremist Abu Sayyaf Group has beheaded two Vietnamese sailors whom the bandits seized in November last year, the military said on Wednesday. Armed Forces of the Philippines spokesman Brig. Gen. Restituto Padilla Jr. said the two cadavers left by unknown perpetrators were found by members of the local community of Brgy.Tumahubong, Sumisip, Basilan province early Wednesday. The bodies, both decapitated, were identified as Hoang Thong and Hoang Va Hai, both among the six kidnapped crew members of the MV Royal16 Vietnamese cargo vessel. The victims were forcibly taken on November 11, 2016 at the seawaters southeast of Sibago Island, Basilan. “The bodies were found at 5:40 am by a member of the local populace,” said Col. Juvymax Uy, commander of the Joint Task Force Basilan. “The cadavers will be made to undergo forensic exams as coordination with the Vietnamese embassy is also simultaneously done.” Capt. Jo-Ann Petinglay, spokesperson of the Western Mindanao Command, said in a text message to the Daily Manila Shimbun that the Abu Sayyaf are holding 22 hostages, of which 16 are foreigners. The AFP condemned the "barbaric beheading" of the victims and extended its sympathies to their families. Last June, one of the Vietnamese kidnapped victim Hoang Vo, 28, was rescued at vicinity of Kumonal subvillage, Sampinit Complex, Sumisip. Of the six crewmen, three remain in captivity. Among them is Pham Minh Turn, the master of M/V Royal 16. Uy said the bodies of the two Vietnamese sailors will be subjected to forensic examination coordination with the Vietnamese embassy. The government troopers have been trying to rescue the remaining three other Vietnamese kidnapped victims. (Celerina Monte/DMS)